The Sikes Ranch was established by my great grandfather, Jonathan Sikes, in 1869 and has been in the family ever since.
It was farmed by Jonathan his son Alvin and his son Jack until Jack's untimely death from polio.
It was not irrigated so dry crops, wheat, barley and oats were grown.


In 1953 another local farmer, Arnold Collier, took it over on a share crop arrangement, where the family got a share of the profits. It was leveled and large wells dug to irrigate it. Initially sugar beets were grown.
Now crops include tomatoes, alfalfa, wheat, sunflowers, peppers, beans, lupin.

Acres
Tomatoes are the staple crop. Price fluctuations are mainly due to the price of peppers from year to year. 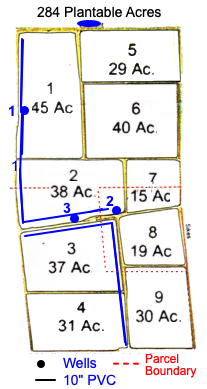 All fields but 9 have drip irrigation. Field 9 is pending our decision on almonds. 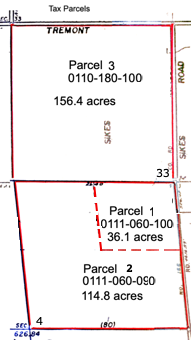 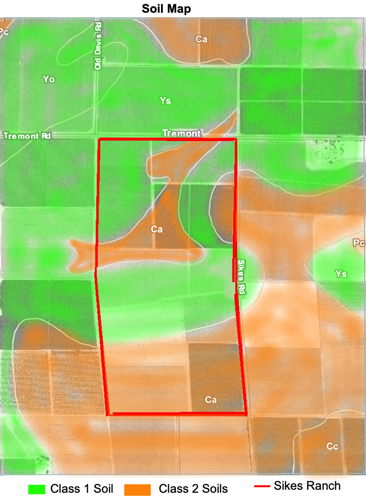 The soil in this area is the highest quality class 1 & 2.
General rules in the Tremont area per Dustin Timothy:
Higher ground usually better (houses were built there)
Further north, closer to Putah Creek is better.
Although the map shows all of fields 4 and 9 (South) as class 2, the south west (field 4) is better.

Solano County Farm Bureau
Landowners Guide To Leasing Land for Farming - Land For Good
USDA - National Agricultural Statistics Service (NASS) has information on farm rates, but all I could find was Sunflowers.